The St. George Lighthouse Association in partnership with SGI Veterans Reveille Group and the 106th American Legion in Apalachicola invite everyone to attend the Veterans Day Ceremony in Lighthouse Park on Wednesday, November 11, 2020 at 11 AM.

Guest speaker will be Colonel Christopher Peters who serves as the 325th Fighter Wing Vice Commander at Tyndall Air Force Base, Florida.  Colonel Peters will speak on the rebuilding efforts of Tyndall Air Force Base after Category 5 Hurricane Michael passed over the base on October 10, 2018.

As the Installation Vice Commander, Colonel Peters supports the Commander in leading the 23,000 Airmen, civilians, contractors, and families who call Tyndall AFB home.  The 325th Fighter Wing hosts 19 tenant units from multiple Major Commands.  The 325th Fighter Wing flies the F-22, one of the worlds most dominant aircraft, and sustains ready forces for worldwide deployment in support of combat operations.

Singer, songwriter, and storyteller Billy Dean will perform the National Anthem during the program and perform a few songs at the conclusion of the program.

Refreshments will be served after the ceremony and the lighthouse will be open to everyone with free climbs offered to all veterans. We encourage you to attend as we honor all veterans and fill Lighthouse Park for this very important event. 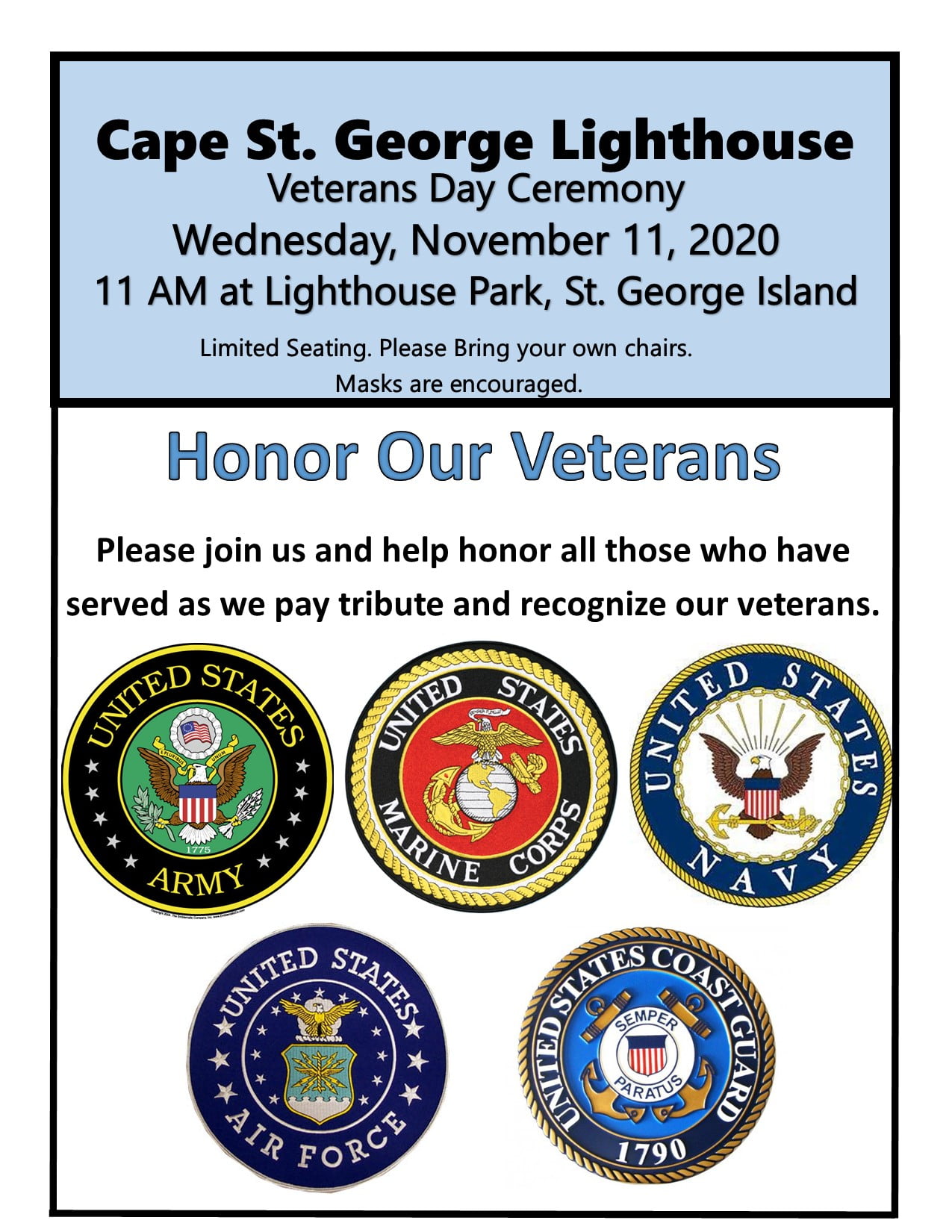 PLEASE NOTE: You must be at least 40 inches tall to climb the lighthouse. Visitors to the lighthouse climb 92 wooden spiral stairs and an eight-rung metal ladder. Access to the lantern room is through a 24″ X 21″ scuttle hole.  The height of the lighthouse is 77-feet tall.