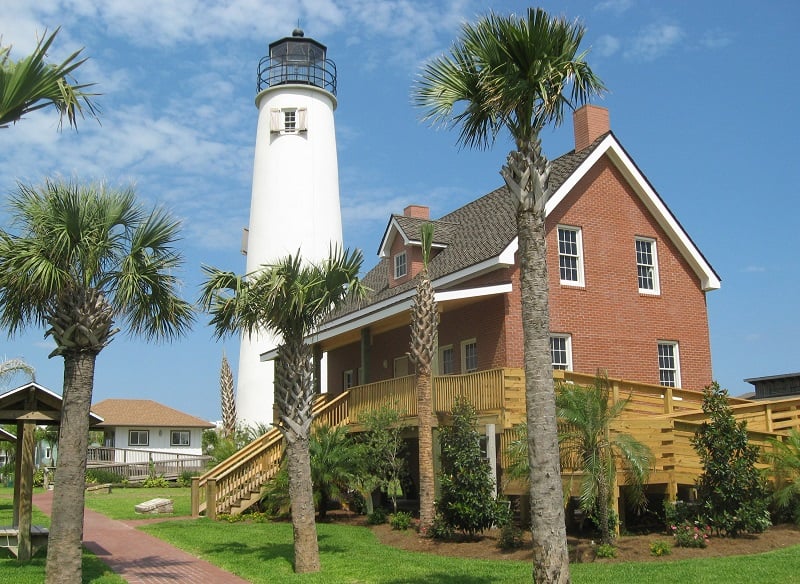 The Cape St. George Lighthouse stood at the southern-most tip of “Little” St. George Island in the Gulf of Mexico. The island is 8 miles offshore of Apalachicola in the Florida Panhandle.

The first lighthouse on St. George Island was built in 1833 on the western tip of the island, at the Gulf’s channel toward the port of Apalachicola.  Difficult to see by ships approaching from the eastern Gulf, when the 65-foot tall light was damaged by storms in 1846, it was decided to rebuild the lighthouse at the island’s southern cape.

The second light, completed in 1848, was about 75 feet tall and made using materials from the 1833 lighthouse. It lasted three years, until it was flattened by a hurricane in August of 1851, which also destroyed the Cape San Blas and Dog Island lighthouses.

This third light was completed in 1852; it stood farther inland from the previous light, and pine pilings driven deep into the sand were used as a foundation. It was “built to last.”

Its light was turned off during the Civil War so as not to aid Yankee ships and it was not until August 1, 1865 that lighthouse keeper James Reilly relit the beacon. The third order Fresnel lens suffered some damage during the war, and was replaced in 1889.

In 1949, the Coast Guard removed the Fresnel lens and installed an automated light and lighthouse keepers were no longer needed, although the keeper’s house and oilhouse remained on the island.

Beginning in 1992, storms and natural erosion had once again placed the lighthouse in peril.

1992's Hurricane Andrew pulled a major part of the beach area surrounding the Cape St. George Lighthouse back into the Gulf. The Coast Guard, realizing that the lighthouse might be lost, deactivated the light in 1994.

Photos of the Cape St. George Lighthouse, listing drunkenly at over 7°, became the unofficial graphic of the island. The entry door was boarded over, and “Danger!” signs were placed on the lighthouse. This historic Florida Lighthouse seemed doomed.

Around 1995, Apalachicola Times editor John Lee began the "Save The Light" campaign; a local group formed The Cape St. George Lighthouse Society, and between local and tourist donations, artist paintings donations, and funding from the Florida Department of State Grants, the group managed to raise over $200,000 by 1999.

The St. George Lighthouse Association, established in 2004 to "rescue the light", worked with the State of Florida DEP to salvage the pieces of the fallen light. The lighthouse was rebuilt at the center of St. George Island and opened to the public in December of 2008.

In 2011, the St. George Lighthouse Association completed construction of a replica of the original Keeper's House next to the lighthouse.  The building houses the Lighthouse Museum and a boutique Gift Shop.

In 2016 the Lighthouse Association commissioned Superior Lighthouse Restoration and Artworks Florida to design and install the Fresnel Lens exhibit.  The lens displayed in the Lighthouse Museum is a replica of the Third Order Fixed White Fresnel Lens that lighted the Cape St. George Light from 1857 to 1949.

In January of 2021 the lantern room was completely renovated. All glass was removed and the cage was mitigated for rust and painted with a three step industrial coating. All new windows were also installed offering a clear view from the top. 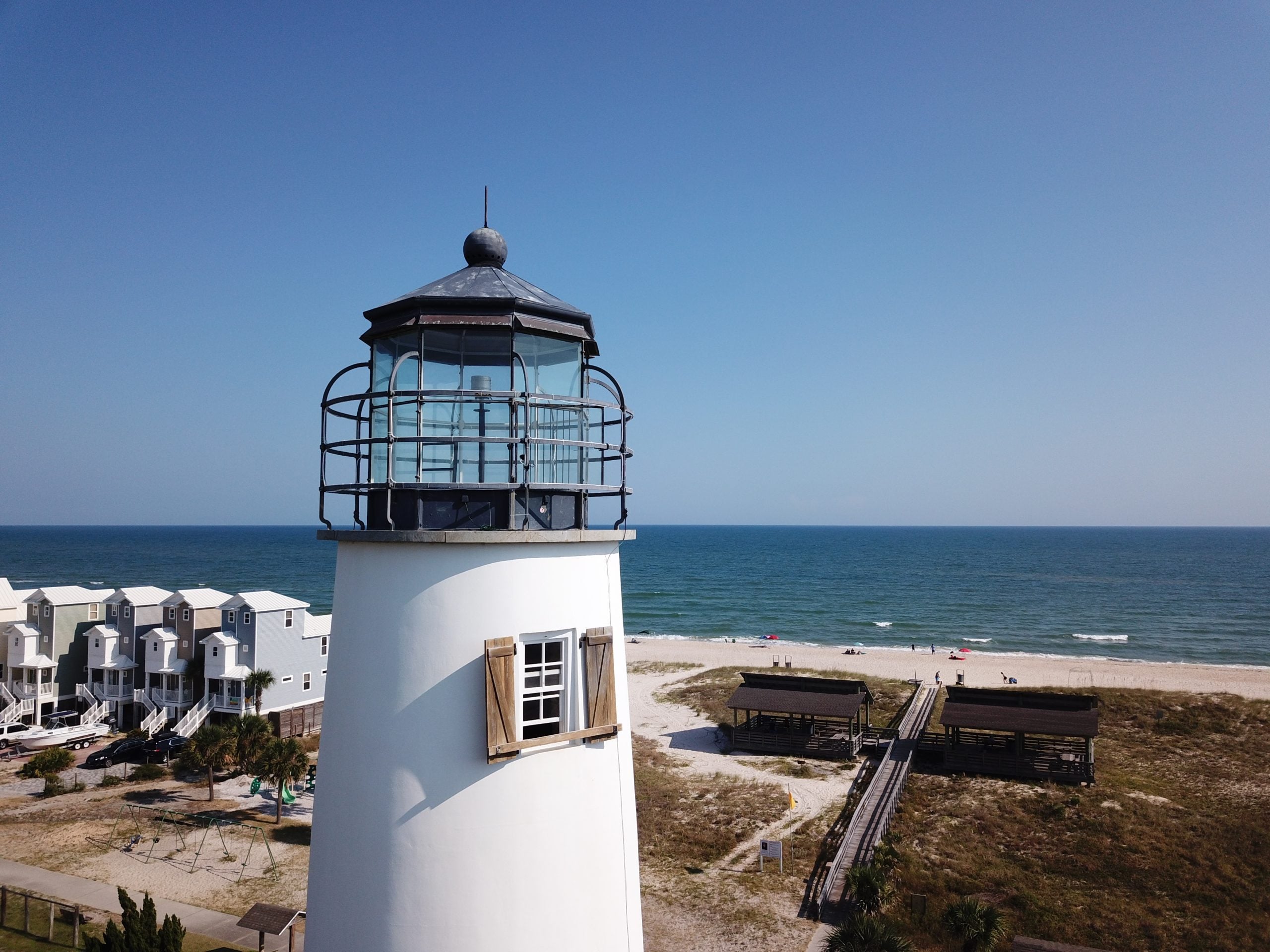